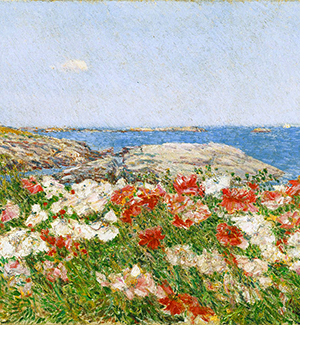 The term Impressionism continues to strike a chord with art enthusiasts, even decades after the last impressionist painting was created. The impressionists’ use of color and creative treatment of atmosphere and form seems to appeal even to those less conversant with stylistic developments in art. Little known are the unusual and surprising ways in which impressionist techniques gained a foothold in France as a result of an American naval confrontation with feudal Japan in 1853, during that country’s so-called Age of Forced Opening to Global Capitalism. This course will examine the global dynamics that manifested themselves in the mid-1800s, transforming artistic style in France, and show how Japanese “new ways of seeing” eventually reached America—and Connecticut, in particular—in the early years of the 20th century.